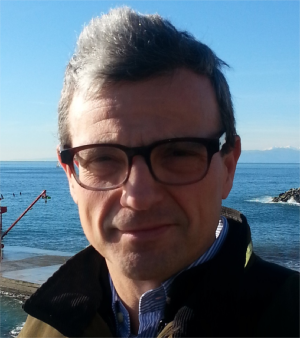 He is the founder and head of the Laboratory "Satellite Communications and Networking" (www.scnl.diten.unige.it) at the University of Genoa. The laboratory contains devices and instruments of great scientific and economic value and involves the management of different units of scientific-technical personnel. From 2009 to 2015 he was also co-responsible for the Laboratory of Digital Signal Processing (DSP) at DITEN-University of Genoa. He formed and trained staff in research: PhD students, research fellows, research associates and young researchers. He coordinated the technical-scientific and financial management of many research projects. He attracted and managed funds both at European and institutional level.

He is (or was, where indicated):

He is the author of the book “Quality of Service over Heterogeneous Networks”, John Wiley & Sons, Chichester, 2007, and author/co-author of more than 300 scientific works, including international magazines, international conferences and book chapters.

The most important contribution of Mario Marchese's scientific activity was in the field of satellite, space and heterogeneous telecommunications. He was among the first to understand the problems of TCP and transport levels on satellite routes providing, at the same time, algorithmic solutions and architectures to solve them. He devised and applied control strategies in telecommunications for the dynamic assignment of the channel bandwidth in satellite communications and heterogeneous networks obtaining scientific results that have been published in some of the most prestigious journals in the sector, as clear from the list of publications. He published the book "Quality of Service over Heterogeneous Networks", Wiley, in 2007, which contains a new vision of Quality of Service in telecommunications networks composed of satellite, radio and wired sections. Research topics treated and results obtained have had and have a significant impact both on the topics of the Academic Courses which Mario Marchese holds, and on the teaching methodology, allowing to highlight in the lesson practical and experimental aspects. Research activity has always tended to maintain a high scientific level but it has always been developed within topics of great application and industrial interest, as certified both from the list of projects (http://www.scnl.dist.unige.it/projects) on which Mario Marchese has worked and from the filed patents (reported in the following). The main reference of the research activity carried out is the management of the Quality of Service (QoS) in heterogeneous telecommunications networks involving portions of satellite networks and interplanetary sections in the deep space for which appropriate schemes for data transmission were elaborated during the scientific activity. Quality of Service management in a heterogeneous network requires the introduction of network control solutions at both the architectural level and at strictly algorithmic level. The results and the related conclusions are direct consequences of the research activity developed by Mario Marchese throughout his scientific career.

The conducted research activity represents both temporally and scientifically the evolution of the research developed since 1992 and initially dedicated to the control of admission and routing in multi-service ATM networks. The studied control techniques have represented the scientific-cultural basis for all subsequent scientific activities and, in particular, for the allocation and control of resources in integrated networks. The schemes elaborated for ATM have been used as background for the development of control mechanisms in TCP/IP networks. In this last case, the research was focused, from 1998-1999, on satellite and space systems, where mechanisms have been specifically studied to improve the quality offered by the network through protocol actions. The research carried out previously and the acquired experience has led to propose an extended view of the Internet (within the already existing concept of Future Internet) that also includes portions in the deep space in order to create a global communication network. The natural extension of the studies in interplanetary networks has been the application of DTN solutions (Delay and Disruption Tolerant Networks). The research activity in this context continued with the analysis of specific problems such as the use of a node model for Intermittently Connected Networks (ICN) and the evaluation of the average delay, related to the delivery of packets, in networks where there is no guarantee that the source and destination are constantly connected. Furthermore, this activity gave rise to an international initiative dedicated to information routing in DTN networks, with particular reference to nanosatellites. The extension of satellite networks to the 5G domain, based on SDN and NFV paradigms, is the latest evolution of the research activity described above.