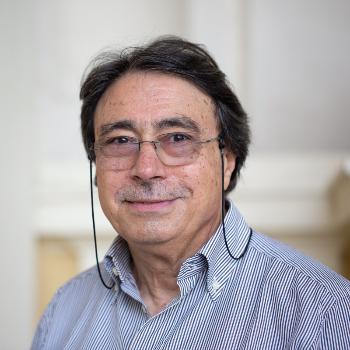 Prof. Franco Davoli received the "laurea" degree in Electronic Engineering in 1975 from the University of Genoa, Italy. He has been Full Professor of Telecommunication Networks at the University of Genoa since 1990 and Emeritus Professor since 2020. He was serving as Coordinator of the Study Council in Telecommunications Engineering He was with the Department of Communications, Computer and Systems Science (DIST), and since January 2012 he has been with the Department of Electrical, Electronic and Telecommunications Engineering, and Naval Architecture (DITEN). His current research interests are in dynamic resource allocation in multiservice networks and in the Future Internet, wireless mobile and satellite networks, multimedia communications and services, and in flexible, programmable, and energy-efficient networking. On these and other aspects he has co-authored over 350 scientific publications in international journals, book chapters, and conference proceedings. In 2004 and 2011 he was Visiting Erskine Fellow at the University of Canterbury, Christchurch, New Zealand. He has been Principal Investigator in a large number of projects and has served in several positions in the Italian National Consortium for Telecommunications (CNIT), an independent organization joining 37 universities all over Italy. He was a co-founder and the Head, for the term 2003–2004, of the CNIT National Laboratory for Multimedia Communications, Naples, Italy, and Vice-President of the CNIT Management Board for the term 2005–2007. He is currently the Head of the federated CNIT National Laboratory of Smart, Sustainable and Secure Internet Technologies and Infrastructures (S3ITI), based in Genoa, Italy. He is a Senior Member of the IEEE.